Bad Shoes In The Underworld 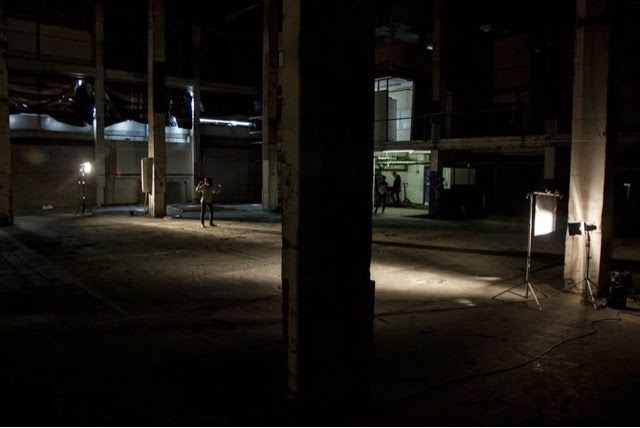 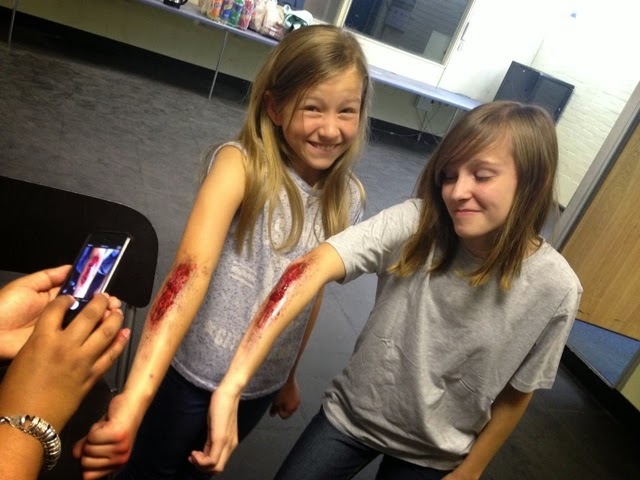 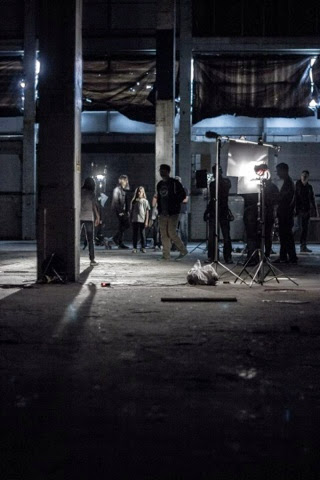 
In times only recently past--presumably before we started using the web to get our news--the warehouse would keep copies of the Leicester Mercury by the metric ton, ready to be disseminated across the city. 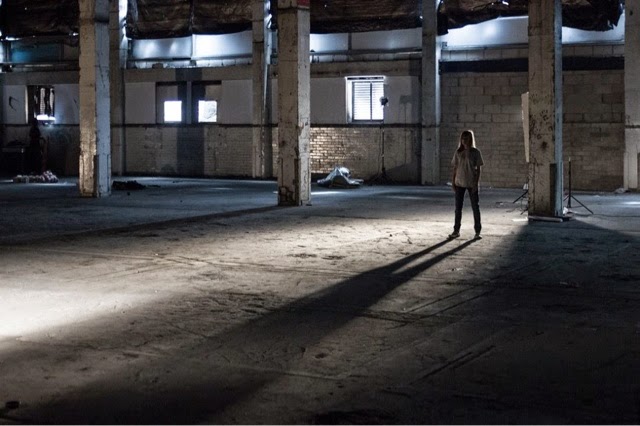 Not anymore. Now it is an empty concrete shell; a claustrophobic, New Brutalist hellscape that even Mad Max would think twice about parking his ride in.

I can't really tell you about the plot of Atonia, the film script Lucy Wade and I wrote. But what I can say is I couldn't have pictured a better location to film it in.

Dust is a problem however. At one point during filming I have to run outside and cough like crazy. The actors have to be kept pristine in a green room whenever they are not on set. Apparently the Leicester Mercury might sell the place to a go-kart company.

'This is got to be one of the most complex shoots we've done,' says director Keith Allott. 'But we've an incredible team. Really committed.'

The truth of that becomes clear to me while watching the lighting crew. Bill Newsinger, director of photography, will say into his walkie talkie that something is not quite--not quite--right and the lighting guys will move a light by an inch and then Bill looks again and it all begins again. It's a slow system but it works very well:  they always get their shot.

I can't help but feel responsible. The whole story requires an abstract look, and that in itself requires dedication. I see one of the crew, Mbili Munthali, on top of a concrete alcove-cum-bunker, its roof covered in debris. For the life of me I've no idea how he managed to get up there. Next time me and Lucy will write a kitchen sink drama, I tell myself. 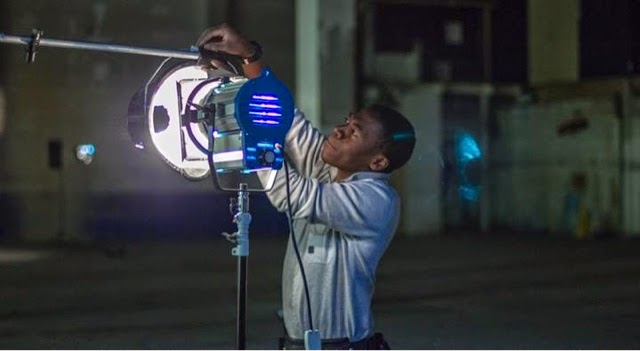 Actor Jess O'Brien's mum, Emma, offers to make me a coffee; an offer I leap on since I've been up all night at work.

In the green room there's a bunch of young girl's covered in flesh wounds. Cosmetic wounds, I hasten to add. They're loving it of course. The make-up artist, Ketna Butron, shows me how to fake dirt-caked grazes and strangulation marks. She tells me she rarely gets to break out the whole make-up box like this.

Jess, Atonia's lead actor, knocked everyone for six yesterday, Keith tells me.  Tears, real tears, right when they were needed. It set off a domino effect, with full grown men trying not to blub and ruin the sound.

Later that week I'll watch the rushes and understand where they are coming from. I've damaged my characters in stories; ruined their lives, laughed and walked away to have tea. Seeing one of my creations made flesh and visibly suffering has a profound effect on me. Finally:  my comeuppance. I'm a monstrous bastard. 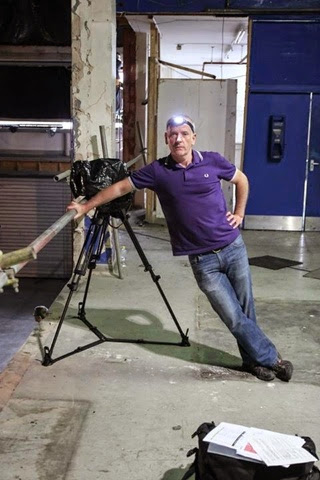 But a very excited one. I can't wait to see Atonia. I need a time machine, a suspension capsule, a montage that cuts to the premiere.

Eventually I leave. The metal garage door rises and the light pours in. I'm like Orpheus leaving the underworld but decidedly more pleased, I suspect, than he ever was.

I walk back through a warm Summer sunday. I see people buying ice cream, people laughing on benches. And yet I know somewhere, deep in the city, Badshoes Films pursue their craft in a concrete night land...

(All photos by Hal Coley)