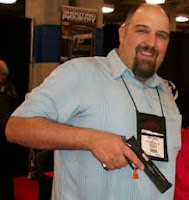 Sad Puppies huh? What-the-Christ-on-a-unicycle was that about?

Simple:  about three months longer than it ever should have been (i.e.: not at all). Basically, SP was a short-sighted blundering attempt by author Larry Correia to show up the Hugo awards as a backslapping commie love-in of inconsequence.

Now I'm in no position to argue the toss either way (though I'm probably biased against any endeavour calling itself Sad Puppies or any other cutsie internet bullshit, even if it were a kickstarter for an ebola cure) but I do believe in diversity in SF.

Unlike swathes of my leftie comrades, however, I don't fall off the diversity-moped three-quarters down the lane:  conservatives should have a say about the future and, if a groundswell of rightwing SF authors and readers believe themselves disenfranchised we should at least hear them out (we can always wipe the foam off our shoulders later), but...

But style, as Flaubert observed, is everything.

If Mr Correia had actually meant any of what he claimed he'd have approached the more respectable end of the conserva-skiff-irati (David Webber, say, or Gene Wolfe or noted libertarian Yogi Bear), convinced them of his point and then collectively presented their case in a reasonable way. Yes, of course the notion would have been mocked by the left, but it might have swayed a lot of the middle ground. It might have worked, or came close enough to Hugo-snatching that it de-facto worked.

But not our Larry. No dice. Why go to all that moderately hard work when you can figuratively waltz into the party and call everyone a c*nt? Strangely, this tactic put a lot of people's backs up, people who normally wouldn't be arsed to vote but now did. Severely.

The result? An almost entirely progressive award handout and a Worldcon that suddenly felt vital and empowered (Trust me, I was there after the ceremonies:  it was like Woodstock with shitter T-shirts). So the (uh...) 'Sad Puppies' campaign made the Catiline Conspiracy look like Tom Clancy's Rainbow-fucking-Six and conservative SF as a serious voice was damaged. And yet...

And yet it probably raised Six-gun Larry's brand awareness as a WWF wrestler-themed, take-no-prisoners, 'stop-yet-gibber-jabber' sort of author. Which, consciously or not, was probably the whole point.


Which Reminds me... Drowned Puppies II 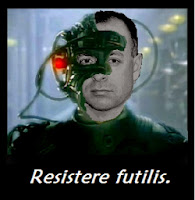 Of course, the moment Larry Correia truly dropped trouser and plopped in his own cornflakes was when he put bigot and moral weakling Vox Day (Soon to be played by Dolph Lungdren in the motion picture 'Universal Prick') on the (Christ...) 'Sad Puppies' slate.

Or, arguably, that was when Larry shat in Vox's porridge instead (not an image you want to see on Deviant Art any time soon). Why? Because Day is the only individual who came out truly badly in this. Think about it:  remember how scary Lord Gaga was before this years Hugos? He seemed almost a threat didn't he, almost? Because he had the biggest blog-followsip in SF, remember? Six million people had bought his books...

The result? Almost sod-all votes. Out of five nominees he came sixth, below 'no award', quickly earning him the borg-name Six of Five.

Vox argued that winning was never the point and, to be fair, at no point did he ever claim he would. However, the Hugo fiasco has deeply hamstrung Vox's overall strategy. For years he's been pushing the absurd myth of an SF blueshift/pinkshirt divide (I'd say he was more blackshirt meself), a concept very much built on the fascist three-point shimmy, i.e.:

3:  Promise a return to said golden age through triumph of will (currently still pending).


This triumph would surely happen, we were told, for the statistics could not lie. Most SFF fans were 'blue shirts' (Here VD was most definitely wrong; I've performed a survey and, by any metric, 100% of SFF fans are too busy whacking off to Oglaf). And, lo, every one of us waited for the novelette award with baited knickers.

And the result came through and Vox Day is happily now irrelevant (Hugo awards have a way of reputation-popping blogarseholes. Requires Hate stopped blogging fairly soon after an independent campaign failed to even get her nominated). Seriously, how is Vox gonna top the last year? And when was the last time you checked his blog since the Hugos? Bluff well-and-truly blown.

Ultimately, I think, he and his 'Dread Ilk' were the hopelessly romantic side in this little war. They honestly believed they would just somehow... overcome. For once, the left (and the middle) were the pragmatists. 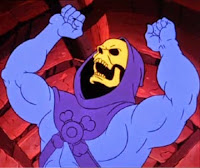 Meanwhile, Journalist Laurie Penny was at Loncon. But never mind that. Here she is using the #Ferguson Twitter hashtag to really drive home the injustice of the Ferguson shootings and subsequent police brutality:

Loncon made a big huzzenfuzz about achieving gender parity on panels. But as this photo shows, Fantasycon achieved parity in all departments.

Stuff in up your bum, Loncon. Right up. 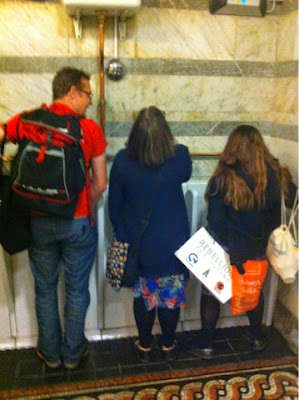 Dear Pidgin-man,
I write regarding the letter above in this issue. Perhaps if Mr Fantasycon has strong feeling about panel parity at cons he'd like to discuss it with a snooker ball in a sock round the back of his head in a dark car park when he least expects it.


(Spoolnote:  Next years Fantasycon and Worldcon will be held simultaneously on the Jeremy Kyle show)


So me and Geoff Ryman go ahead of the gang to see if the bars still open in the hotel next to the centre where Loncon's being held. Giddy with booze but good long striding legs the pair of us.

I've only really just met him. Geoff's just finished presenting the Hugos and is buoyed up by the sense of a duty well-performed. He's got this damn fancy burgundy suit and a tiara some convention once made for him. It's about as masculine as a tiara can get, or maybe Geoff just lends it a masculinity. Anyway, he's like a lounge version of Tywin Lannister (i.e.: cool).

Inside the hotel bar the air is warm and the music bassy but low. The bars stopped serving yet everyone's just hanging around, languishing on sofas or floating by the bar. No sharp movements, everything like a tableau.

'Check this out,' Geoff says to me. 'What's going on here? Every classically goodlooking member of the speculative fiction community are here.'

True enough. Looking around, I see that Dutch writer with the cheekbones; they glint like a stealth cruiser passing some alien sun. Sublime faces and toned biceps all around. You'd think this was a GAP advert, not a con.

'The beautiful people,' I mutter. 'We can't possibly stay here.'

Geoff smiles at me, his tiara reflecting the neon of beer adverts above.

'Speak for your fucking self.'