Public Intellectual Ben 'Ban' Atheism agreed to do an interview with Spool Pidgin. However, true to his belief in discourse being held within the agora of the public eye, Ben stipulated the interview had to take place on his beloved Twitter where he's well-regarded. True to his reputation, Ben began the interview in his signature forthright style... 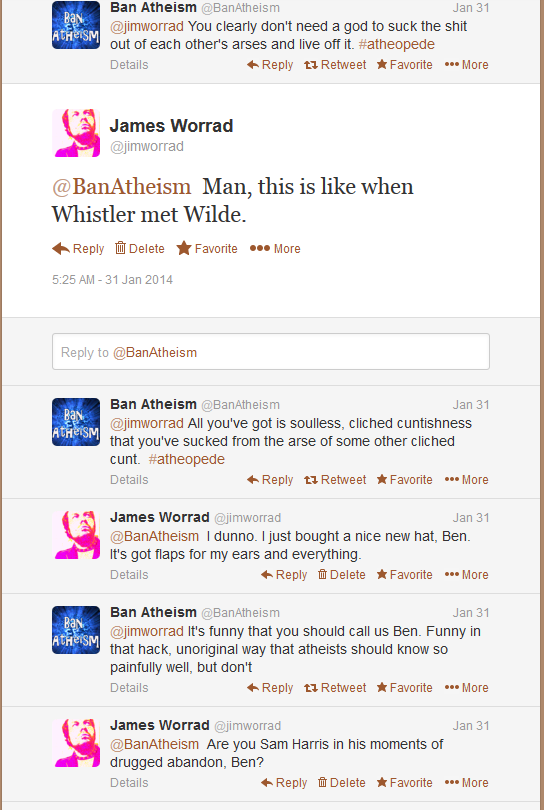 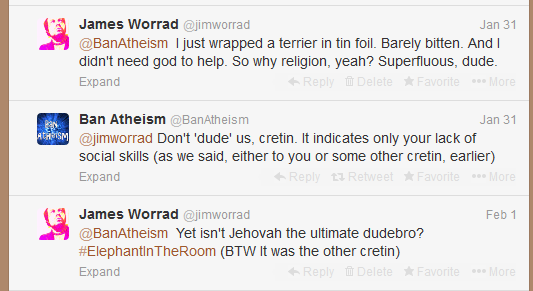 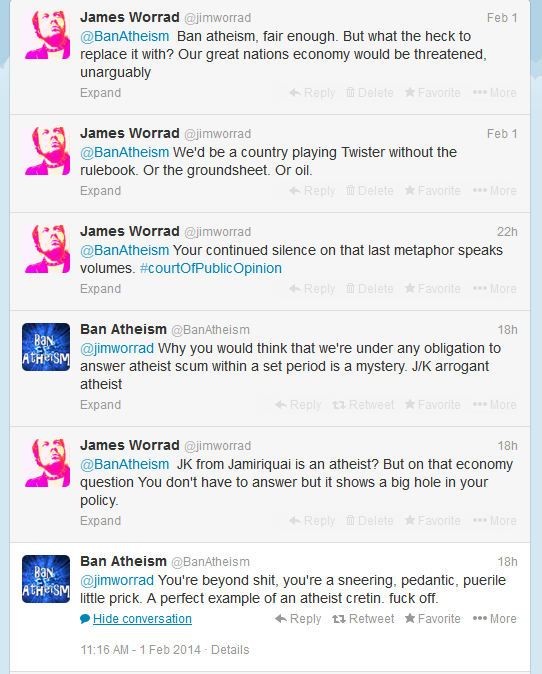 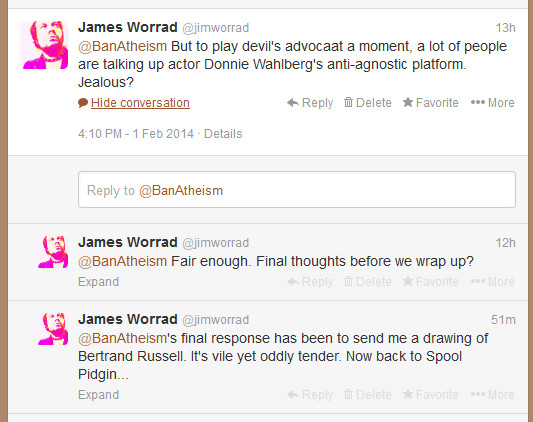 Thanks, Dave. And thanks, Ben!

* @BanAtheism claims he's never grasped the concept of gas. "I don't get what people are fussing about:  there's liquid, there's solid. End of story. I'm not impressed with all these stories one hears..."

* Watch out for a young @BanAtheism's walk-on part in BBC sitcom series 'The Good Life'! It's in episode four of series one ("Blink and you'll miss me!" he tells Spool Pidgin). He's the London Council planning permission operative who calls Tom a 'Shit-sucking C*nt-mind'. 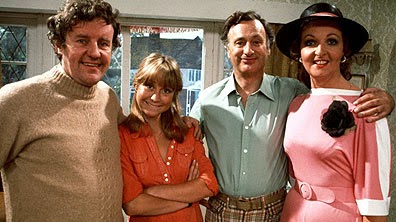 *@BanAtheism fell in love with a Star-ship Trooper.

*Facebook removed @BanAtheism's page due to disrespectful clothing:  a snorkel and a sarong!  "How can it be sarong when it feels s'rite? I asked them," @BanAtheism quips.  "They didn't get the joke..."