GUESTPOST!!! "Sexism In Science Fiction: My Struggle" by Nick Meniscus 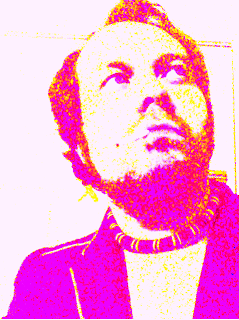 Nick Meniscus is the science fiction columnist for The New Statesman and FHM. A self-described 'Spec-fic renegade and Twitter Warlord', here he talks about a subject close to his heart...

For centuries science fiction has been the high-walled bastion of nerd-stinking, neckbearded men (picture Castle Greyskull with the face of George Lucas and you'll get the general idea). Only a fool would deny that each gateway to this SF Bastille--books, film, internet etc--is blocked by its own penis-themed port cullis.


Mainstream SF publishing is the ugliest example. God help us from the likes of Robin Hobb and James Tiptree, forever pumping out their patriarchal guff whilst brilliant female authors such as Kim Robinson and Lavie Tidhar are left by the wayside. High time SF mainstream publishing took a long look in the mirror, a long mirror. If only to cringe at its moobs.


SF fandom--both cyberspace and placespace--is no better. Trust me, it's potbellied neanderthals all the way down (to paraphrase Terry Pratchett, another twat). You only have to Google SF Mistressworks to see what I mean:  an unashamedly misogynistic crusade to coral all the great female sf authors into one solitary, fenced-off blog. The sarcastic 'irony' of its makers and comment posters just rubs salt in the wound. Sickening.


And cinema? What a heap o' hairy fucknuggets! Each Summer our screens are cursed with BatMAN, SuperMAN, IronMAN and The Lone RANGER (Though the last one there no one's bothered to go see, which I take to be a sign of progress).


Why does it have to be this way? Really; why? Answer me, arsehole.


I dunno. Maybe it's me, maybe I'm speaking out of line here (Huh, again!). A lone voice, a rebel:  that's my M.O! Who knows where it comes from? Perhaps its my essentially feminine mind (I like my sofas with loads of scattered cushions and think Cumberbatch takes care of himself) or the fact I've always known what it's like to be on the outside, to be The Other.


I grew up in Chalfont St Peters' roughest council estate, or at least adjacent to it. The hard knocks weren't just in the games of conkers we played, let me tell you (that said, we played 'street rules' conkers--barely rules at all). If your parents didn't own an Aga stove you were persona non gratis, a leper. You don't just walk away from that kind of trauma. It changes you. That's why, if you're a minority, I will fight your corner, even if you've come over here to eat our swans.


It's this street-savvy I bring to the war against SF's sexism, a lance I tilt at Asimov-shaped windmills. It's a lonely struggle (and, to be perfectly frank, I don't think women always back me up enough) but a good one. 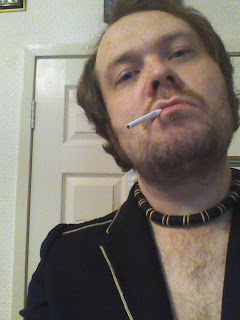 You should join me. There's a lot of testerical, mansplaining bullshit out there:  "Ooh, publishing just reflects the market, blah, blah" etc.  Patronizing, ill-informed nonsense that's blind to the hurdles women authors face daily, like gender inequality and their breasts getting in the way of typing. Thank Corbett for men like me and Ryan Gosling (Though please note he's yet to re-tweet anything I say).


But it's the fakers who piss me off most. You know the type:  white, middle class males cynically trying to score PC points whilst secretly pushing their own self-serving agenda. Watch out for 'em, comrades.