COUNTER-GUESTPOST!!! "Screw you, Meniscus; Science Fiction is about MEN!!!" by Randy Midiclorean 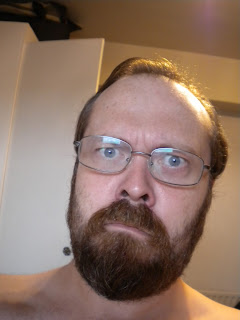 (That guest post on sexism in SF by Nick Meniscus caused quite the online furor, so much so I had to delete almost all the comments for fear of libels and looking a bit like Twitter.

One of the commenters demanded the right to counter-post and, although Spool Pidgin does not necessarily agree with his opinions, balance has to be observed (he also funded our kickstarter, so...).


Seriously, answer me:  have you ever seen a space rocket that looks like a vagina? Nope, didn't think so...


Space rockets are a thing that exemplifies another thing:  Science Fiction (in the fiction-writing game we call this a metaphor. You're welcome). Space rockets look like they do (and, by extension, science fiction) because MEN MADE THEM. Men with slide-rules and tweed suits that gently smelled of pipe tobacco.


Men that Mr Nick Meniscus can never hope to live up to. Meniscus is that wretchedest of beasts; a woman-servile 'new man' gamma male who thinks you CAN get to the moon in a labia-plated capsule, or that the complex problems of the cold war could have been solved by firing diaphragms at Moscow. Too busy fussing over his 'inner child' to ever return call his inner-Burt Reynolds. Sickening.


Listen to me, Meniscus you limey jackrag-  women were never meant to strut about the SFnal domain, period. It is a literature of male concerns, male problems, like how to convince tri-brained arachnids not to invade earth (The answer is lasers). To allow women to do so is akin to allowing them to walk into that place only Paul Mau'dib--Dune's Quizatch Hadderack--can freely enter, and I don't think even YOU want a space messiah with tits.

Don't get me wrong, women are human too (In much the same way Diet Fanta is still part of the Coca-cola family), but when God devised evolution some 6000 years ago, he mandated females maintain the cave's hearth, clean its kitchenette and bear children. Their brains are not suited for hamstringing mammoths or planning space opera trilogies. More likely they'll foot massage the mammoth and douse the publishing contract in potpourri. That's science. Evo-psych science (You'll find it in Leviticus).


I tell you, everything's gone to France (That's one worse than hell). In the last decade alone, the percentage of men (OK, white men) writing SF professionally has dropped from 94.23% to a woeful 92.64%.


But it's not all a wasteland full of asexual goblins like Nick Meniscus worshiping a cyber-titan Jane Fonda. At mine, Larry Correia and Vox Day's male-only writer's workshop, PhalluS-F, true SF soldiers on. We eat barbecue, crit stories and sniff each other's armpits so as to synchronize our testosterone. I hope, dear reader, it heartens you to picture that. Trust me: there's still hope, still time to turn back, which--for me--is the only way forward.


-Randy Midiclorean, author, has a Prometheus Awards and six cease and desist orders.