WHAT NEUROSCIENCE TELLS US ABOUT THE ART OF FICTION

(This article first appeared on Damien G Walter's blog some years back. The relationship between creative writing and neuroscience has pretty much remained the same, I'm sorry to say)

One of the very first pieces of advice I ever received about writing fiction was to shorten my sentences whenever a scene’s tension rises. It’s a good piece of advice, I’ve found, one as fundamental to romance as to action. 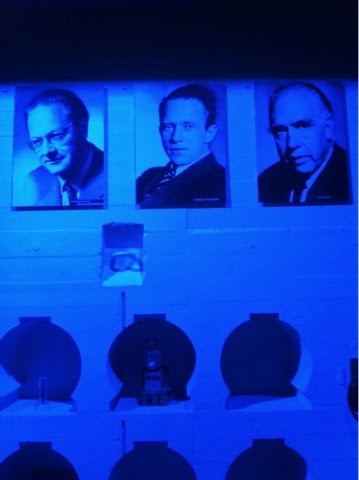 The reasoning goes that, subconsciously, your body is ‘speaking’ the words you read and your breathing patterns begin to reflect this. In turn, breathing faster stirs your brain and nervous system, releasing endorphins (the Iggy Pop of opioid peptides).

You may well have got this advice early on too, but let’s stop and think about it because it’s some heavy shit. Your fiction, done right, can alter the chemical equilibrium of a reader’s body. Not as much as running a marathon, admittedly, but a startling amount for anyone slouching on a beanbag. Absolute Derren Brown stuff. And yet…

And yet the trail pretty much ends there. As far as writer-development goes, it seems no one wants to look under the hood. Plough through several ‘how to write’ books and, if their take on creativity is not outright spiritual, it’ll at least imply story and prose arise from some vague platonic realm. I find this a real shame, given science’s recent breakthroughs in understanding the brain.

For instance, the line ‘He had leathery hands’ has just stimulated your sensory cortex in a way ‘he had rough hands’ can never hope to. Pop that first line in the middle of your favourite SF trilogy and the effect rises exponentially. The brain, it seems, doesn’t make much of a distinction between reading and actual doing. Words such as ‘lavender’, ‘coffee’ and ‘soap’ will similarly affect the sensory part of the brain, whereas ‘John grasped the object’ not only stimulates the motor cortex, but the part of it governing the action of grasping itself.

Want more? Well, your prospective reader’s ‘theory of mind’ is only so generous. Compare-

Evolution has gifted you with comprehending the former with relative ease. For the purposes of survival, the ability to visualise three mind-states is more than adequate. Add a fourth, however, and you suddenly have to engage in a different, more analytical, mode of thought. A fifth, and understanding drops by 60%. So, the protagonist of your epic suspecting the dragon fears the princess is more than acceptable. Anymore (and I’m looking at you here, Virginia Woolf), and you’re dealing in bad craft. Your reader will be flung from your prose-world like they’re in an ejector seat. Simple as.

Perhaps all of this is knowable enough through sheer writing instinct. Still, nice to have it verified. Yet elsewhere, neuroscience is answering one of literature’s greatest debates: Does reading improve our morality?

The answer seems to be ‘yes’ (but not always in the way we might think).

Dr. Oatley and Dr. Mar, in collaboration with several other scientists, reported in two studies, published in 2006 and 2009, that individuals who frequently read fiction seem to be better able to understand other people, empathize with them and see the world from their perspective. This relationship persisted even after the researchers accounted for the possibility that more empathetic individuals might prefer reading novels.
(New York Times, 2012)

See? The more you scribble, the more you’ll make the world a better place. Doesn’t matter what kind of scribbling, either. The empirical evidence suggests there are no ‘moral’ or ‘immoral’ reads, merely simulations for our brains to engage with and analyse. Presumably, a full and varied diet of fiction is preferable to one based solely on ‘true’ literature- something that flies in the face of our culture’s preconceptions. 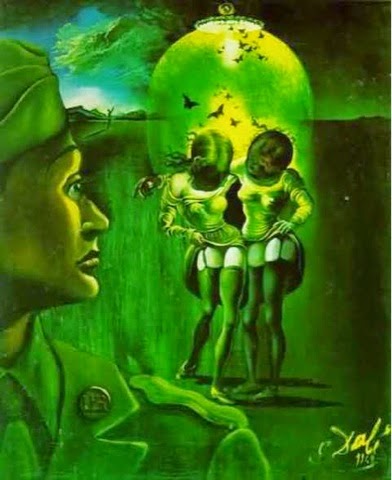 I don’t know about you, but I’m ravenously hungry for these kinds of titbits. Ideally, I’d like someone far more qualified than me to contextualise it all into a neuroliterary guide to writing (I’m not sure ‘neuroliterature’ is even the correct term, which is a sign of just how threadbare matters are). Why is the writing industry—with all its guides, blogs and workshops—so sluggish in this regard? Even literary academia (not a place famed for its evidence-based approach, let’s face it) is beginning to grasp the matter. Why can’t we?

Fear of dissection, maybe. Suggest we scan a thousand reader’s brains so as to get a clearer picture of what The Great Gatsby (to give a blog-relevant example) actually does to us and the reaction, I suspect, would be one of visceral horror. Words like ‘crude’ and the ever-reliable ‘reductionist’ would fill the air (the latter being nonsense; if anything, we’d only be adding to matters). Many relish the fact that at the heart of writing lies that most overrated of things- a mystery.

There’s is nothing to be gained in preserving mystery. The craft of writing will be better off without it. I picture a future for writing that dispenses with mystery wherever it can, that embraces the astounding strides in thought-organ research. Ideally, a future where neuroimaging both miniaturises and becomes widespread, augmenting the craft of authors, critics, agents and publishing houses.
Picture Amazon book reviews of the twenty-thirties:Was this magnetoencephalograph useful to you?
Posted by James Worrad at 07:40