First Person Present Tense: Why Am We Do It


I am sitting at my desk typing out another blog post with all my focus. How I am doing that and telling you simultaneously I'm not certain, but it's possible my brain has a third lobe.

A futuristic woman materialises next to me. She has mirrorshaded retina, barcode tattoos, a usb port on the back of her neck: you know the drill.

"You're writing in First person Present Tense," she tells me. "It's very popular nowadays in near future or present day science fiction, particularly short stories."

I put some trousers on. 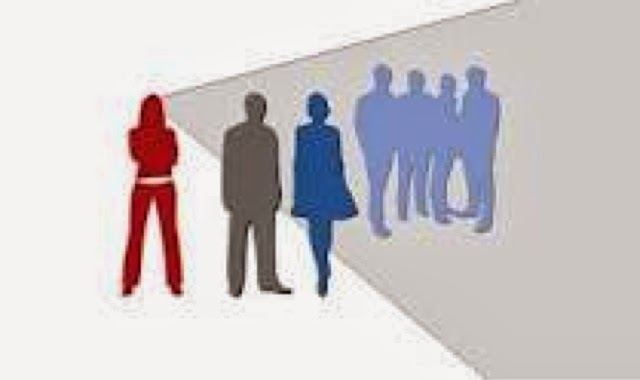 "What about space opera and high fantasy?" I say.

"No, they're too silly," she says. "The idea of first person present tense is to a lend a sense of immediacy to a story and, therefore, realism."

"Are you sure? TBH, I'm actually feeling a distancing effect right now. I refer you to the first paragraph above. When I write 'I am sitting at a desk' it just seems laboured and artificial."

"Not if you handle it right," the Futuristic Woman says. "If it helps, imagine it's you recounting it to someone in a bar. That's how I imagine it whenever I'm the protagonist in my stories."

"This bar," I ask, "has it got adrenalin-infused drinks and holographic strippers?"

"You'll never win a Hugo with that attitude. I know: forget SF a minute. Why don't you try first person present tense with a childhood memory? That's very popular."

"What?" I say. "Like the time Happy Days' Tom Boswell embroiled me in the Iran embassy siege?"

"Oh God no! Far too eventful. It's got to be something superficially innocuous so that telling it in first person present tense lends it deep significance."

I am five years old. I am happy. Why shouldn't I be? I've got a new autobot toy and the language and cognition capacities of a man in his thirties.

Father enters the room. Not 'Dad' or 'Pop'. In First Person Present Tense it's always Father. Deep significance and all that.

"Hey son," Father says. He is like a god to me, deified by my innocent eyes etc, etc. "Hey son; would you like to see the Queen's bottom?"

I am five years old. Of course I would.

He takes out a 1980s five pound note with its 1950's portrait of the queen. Using his fingers--Zeus-like fingers because I am too young to realise he is but human and fallible yet can deploy mythological similes hither and thither--he performs a crude origami, folding the fiver in such a way HRH Elizabeth's chin now resembles a pert arse.

"Thanks, Father," I say. "That's clever. But I recall it being hilarious when I was an actual kid and it never fails to raise a smile when I look back as an adult. But told like this it isn't as funny, to the tune of about minus 23% I'd say."

"It's not meant to be funny," Father says, his wise Odin face so very infallible to me (how could it have been so infallible?). "It's meant to be poignant, like those childhood memory stories you read in in The Guardian's supplements or hear on Radio 4. You, as the protagonist, learn some sad adult truth at the expense of losing a beautiful, fragile childhood preconception forever."

I am back at my desk, an adult. I pull a modern five pound note with the 1990's portrait of the queen on it. I perform my father's folding trick only to find the queen's chin now turns into five lumpen buttocks instead of a pneumatic two. A tear wells in my eye.

Before I can reply a middle aged man with weathered good looks and a tweed suit materialises.

"You thieving genre bitches," he says. "First Person Present Tense is the preserve of literary fiction. I mean real literary fiction, where a university lecturer's affair with a young student reveals some great truth about life and mortality."

"Sounds like you've got everything figured out, Professor," I say.

"Not really," the lecturer replies. "The trouble with seducing first year english students is they ask you to read their short stories after."

He pulls out a pistol and shoots me in the chest. The pain is excruciating: a torus of agony, of fire, so much so I'm compelled to describe the sensation in words. I hit the floor.

"That'll learn you," the Lecturer says. He vanishes.

"Darling," I say to the Futuristic Woman (Which I'll grant you is overfamiliar but if you can't get a bit fruity at St Peter's gate where can you be?), "what happens now?"

"Oh this is a good bit," she says. "The thing with First Person Present Tense SF short stories is , the narrator can be killed at the end, unlike past tense where it would be absurd. The idea is it comes as a shock. Everybodies doing it. In fact, FPPT SF stories have the highest homocide rate outside of Johannesburg."

"Well, you do a final paragraph that begins with fractured sentences like 'Colder now. Fading' and then round it off with a story-summarising profound truth."

She smiles and vanishes.

Colder now. Fading. But as I pass I learn to accept First Person Present Tense as a wild stallion that, when tamed by the authorial equivalent of Robert Redford, is the pride of any parade (i.e.- anthologies and magazines). At the very least, dear reader, be glad I did not attempt Second Person Present Tense. You hate that.

Email ThisBlogThis!Share to TwitterShare to FacebookShare to Pinterest
Labels: writing