The Marvellous and Melancholic Art Of Ganesh Pyne 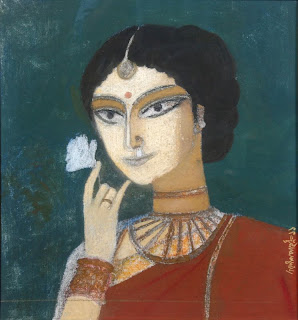 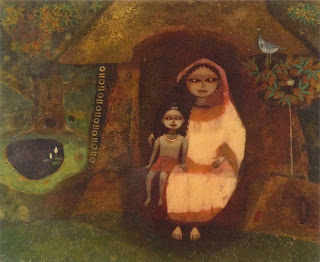 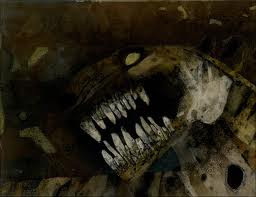 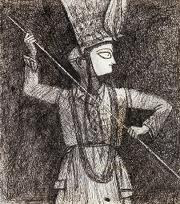 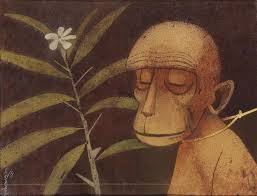 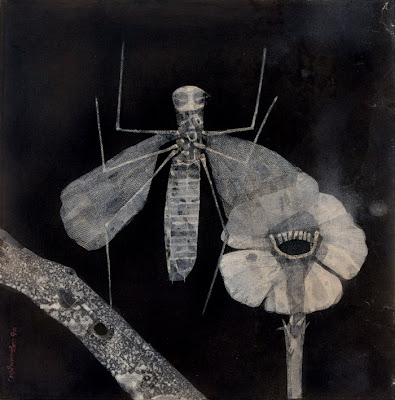 Magical stuff, isn't it? It's the work of Indian fine artist Ganesh Pyne, who I've only just happened upon thanks, sadly, to an obituary. According to Wikipedia he spent his childhood in a crumbling family mansion in Calcutta (now Kolkata) listening to his grandmother's folktales which, to look at his work, kind of figures.

To this add 'the week of the long knives'; the Great Calcutta Killings of August, 1946, that followed the understatedly titled (in retrospect) 'direct action day'. Amongst other horrors, a nine-year old Pyne witnessed a cartload of bodies pass him and his family as they made their way to a safe zone. As with J.G Ballard's experiences in the civilian prison camps of the Imperial Japanese, one senses the blood poured into Pyne's art. Both men, I think, understood that beneath civilization's veneer lurks a ready violence. Hell is round the corner, should we lose our decency and choose to go that way.

His Wikipedia entry lists cubism as an influence, which I don't really know enough about to comment on. Neither, of course, can I say much for the cultural context this art was made in- I've never been to India. But what I can say is this work, in its choice of tones and imagery, resonates with me on some level.

It reminds me of my childhood in rundown eighties Leicester. I think of a closed down shop I used to walk past, its window dirty with traffic fumes and the dust of Midlands industry. The shop was black and empty when you peered through the window, but--somehow--a female dummy remained, still wearing a red sari. The sari had sequins or tiny mirrors (my memory now is as faded as that dress) all over it and they glimmered from the streetlamps outside.

A peculiar sort of image--a Leicester-Gothic, you might call it--and Ganesh Pyne's visions dredge it up from my depths. But that's great art for you: able to find context in any locality. 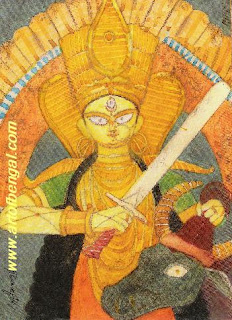 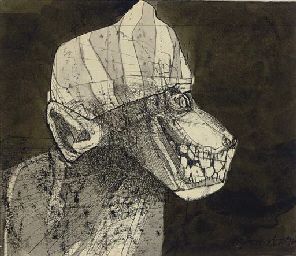 The above pictures are a selection of some of my favorites. You can find your own here.
Posted by James Worrad at 03:46