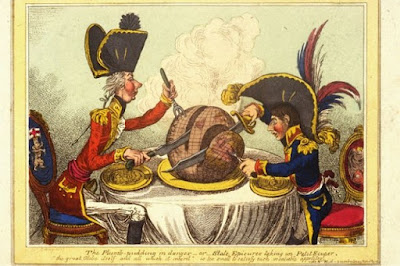 "It feels like fandom right now is some kind of chew-toy being pulled about by two super-affluent hounds, one right and one left. But neither are really in it for the politics, not deep down. They merely enjoy manipulating the peasantry and kicking people abound. Online Ramsey Boltons, crass as that metaphor is.

Makes you wonder how many others there are out there on the web, listless bored super-rich kids using their mounds of free time and money to live out sadistic power fantasies on the masses. Symptoms of late capitalism and its decaying dynasties. We've two in fandom alone. Chilling thought.

If the Rabid puppies can be roundly defeated and Laura Mixon’s report wins the Hugos this year it’ll be a victory for the common fan, indeed, for the common web user. And a democratic punch in the nose of Vox Day, Benjanun Sriduangkaew and all their ludicrous cronies. I try to keep optimistic."


From a comment I left on 'Where Worlds Collide', a blog.