"The group are classified as jizz-wailers, which, according to the Star Wars Encyclopedia, refers to a "musician who plays a fast, contemporary, and upbeat style of music.""
-Wikipedia article

The search continues apace for manatee Wendell Bartok (24), believed kidnapped by right wing SF-Lit fundamentalist splinter group 'Sad Puppies' (Or 'Sad Puppies For Ethics In Journalism In The Levant').
Last week, SP's web page produced photos of a clearly weary and only semi-plump Wendell alongside a list of the terrorist group's demands. A video followed, showing what appeared to be SP member 'Jihadi James' May torturing the starved marine mammal by eating an entire mangrove plant in front of it and rubbing his torso with a Hugo award and a severed otter anus.


Many are at a loss to explain why an award nomination pressure group would steal a live animal from Seaworld.

"Apprehending cute animals is a common tactic in fandom,' says Geek-terror expert Norm Sputley. "Only last year we saw a spate of kidnaps on SF fandom's extreme left, targeting LOLCats, My Little Pony gifs, plush toy bees and those Minions from Despicable Me. At both ends of the political spectrum the idea is to balance out the bile-filled aggression with something inoffensive and saccharine, giving the impression of a fully rounded personality and worldview."

"If Wendell gets a chance to self-terminate," Sputley adds, "he should take it."

Meanwhile, one of Sad Puppies's's orchestrators--John Goodman in the Big Leibowski--got on his twitter-tuba to call for help. His request? Evidence of Sci-Fi-Soc-Jus-Warrior attacks to pass on to the tireless groping maw of a MAJOR NEWS OUTLET.
The general public were quick to help:


A collective sigh of relief followed when the 'major news outlet' turned out to be Breitbart
Wendell remains kidnapped but capable of communication. Yesterday, the CIA announced a live sponge had been discovered with morse code nibbled into its face. Analysis continues.
******* 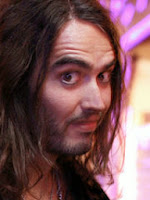 
(Ed: Like his biography in the January sales we think Russell's political opinions can be... wait for it... discounted.)

Regarding your last issue:  One day, scientists will create a human soul in the lab. Then they will stick it in the large hadron collider and try and smash it to pieces to see what its made of. The resulting experiment will improve the ink flow of Bic Crystal pens.

That arsehole Brand probably hates the idea of a publicly-paid-for Thatcher museum, whereas I don't think it goes far ENOUGH! Here's me mock-up of what I'd f**ckin' build! This here Lady IS for turning, especially when Liverpool and Wales get mouthy. 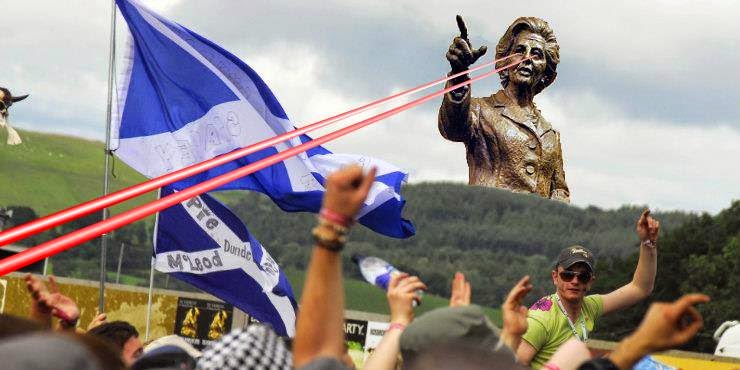 Fuck Legend of Korra and the millennial hipster-horse it rode in on (In fact, I'll level with you here people, I've no idea what L.O.K even is). Nothing can compete with season-the-third of Blake's 7 (or Blake's Sanc as it was called on the continent).

The Radio Times that year revealed thousands had been spent on the new set of The Liberator. The fact that is was also the newly fitted kitchen of producer Terry Nation only emerged later.

"But it added a gritty realism no other SF had," Nation countered in an interview. "Do you think the Starship Enterprise came with a working dishwasher and a soda stream? Dream on." 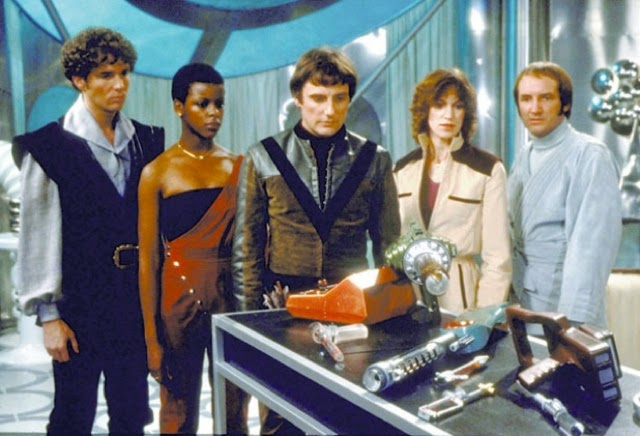 The first episode begins the season. The crew awake to find a collection of disparate objects on a supermarket conveyor belt. Naturally, they form an orderly line and impersonate a mid-90s photo-shoot of a British shoe gazer band. Avon (centre) realises the day of that final reckoning with an etch-a-sketch has come. 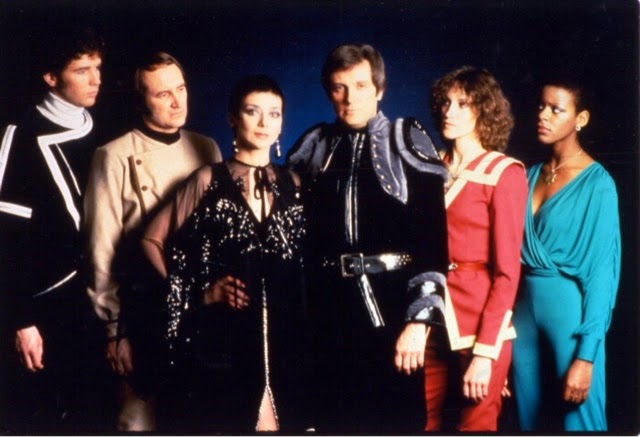 The season finale truly ended the season. Who can forget villainess Servalan and villainearly Avon (both centre) getting melded into conjoined 'Siamese' twinhood by a polyamorous sexdroid (with hilarious consequences)?

With mere hours to the 'great bang ritual' the rest of the crew (Tarrant and Vila left, Kalli and Dayna, right) must decipher the alien hieroglyphs shaved into the back of Servalan and Avon's hair. Will it save the hapless couple? And, more to the point, will it un-tether the mysterious bumbags* that are binding their waists to one another?

*This was altered to 'fannypack' for the US DVD release, with Patrick Stewart's voice overdubbing

(With thanks to Dan Gilbert,Daniel Ribot and Jay Eales)