JACK ON: A 100 word cyberpunk tale by Dan Gilbert


Jack Maelstrom pulled aside his neon-green hair and plugged the logwire into the data-port at the base of his skull. With a sharp intake of breath, Jack plunged into the DataSphere, his senses momentarily overwhelmed by the 'psynami'; the 'Sphere's sensory deluge. 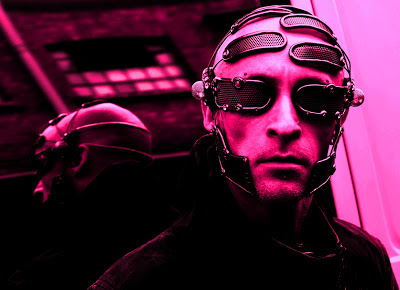 Flying through the streams of light that represented the myriad servers that made up the DataSphere, Jack made a mental list of likely candidates in the ‘Sphere who could help him. Jack was here for two reasons. First, to find an encryption key for the DataD0ng the Kompany had placed in his skull, and secondly, because he was a massive wanker with no mates.
Posted by James Worrad at 05:06