Following an earlier post, I was going to send this email to Orson Scott (whatta) Card-

I read, with great interest, your response to Publishers Weekly’s review of your book Hamlet’s Father. In your response (featured on your official website) you take issue with the critic thus-

‘But the lie is this, that "the focus is primarily on linking homosexuality with ... pedophilia." The focus isn't primarily on this because there is no link whatsoever between homosexuality and pedophilia in this book. Hamlet's father, in the book, is a pedophile, period. I don't show him being even slightly attracted to adults of either sex. It is the reviewer, not me, who has asserted this link, which I would not and did not make.’

However, I’ve been digging around and found this from an article you wrote for The Ornery American, dated 2004-

‘The dark secret of homosexual society -- the one that dares not speak its name -- is how many homosexuals first entered into that world through a disturbing seduction or rape or molestation or abuse, and how many of them yearn to get out of the homosexual community and live normally.’

My question to you is; ‘Is denial merely a river in Egypt?’

PS- This is one of those ‘open email’ things I’m going to stick on my gaudy and obscure blog. Thought I’d better mention it.

This post would have been called 'Spool calling Orson', I guess, which would have been nice. Didn't happen though. You know why? Card's only apparent means of contact is on his website and is limited to 500 characters (Not unlike War and Peace, oddly), so I found it quite impossible to ram my missive in there in any meaningful way. So I tried sending this instead- 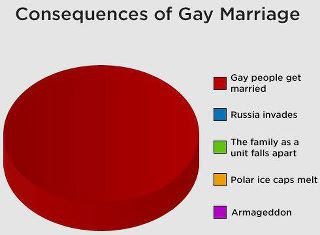 Nope. Couldn't send that to OSC either. Within 500 characters, all that can be sent to him are messgaes in the style of 'Oh, Orson, you're so talented' or direct insults which Card's people can happily discard before it ever reaches him. Sending considered criticism (alright, so I wasn't dolling that out exactly, but still...) or even considered praise is impossible without having to use snail mail to, well, who? His publishers? They've got enough problems.

And this is probably some of the reason for his outlook, aside from the snakeoil faith he's been raised in (one that, doubtless, syphons off a fair chunk of all that Ender money); Card is dislocated from the grand conversation.

Like many highly successful authors of his generation, he built defensive walls around himself when faced with the dawn of the internet. Sure, he'll shout from a turret once in awhile, mouthing bigoted platitudes on The Ornery American or other such websites, but he can't engage in simple email correspondence. He cannot even ignore correspondence from the outside world, because there isn't the context for it to exist outside of 500 tawdry characters.

Its no wonder the Left is a conspiritorial fiend through Card's eyes- he doesn't know any left wing people and has no real means to interact with them. He peers through a warped arrow slit of FOX news-inspired websites, down at a horde of Pro-choice, healthcare-wielding Uruk Hai. That's why he uses terms like 'Inquistion of Political Correctness' when he actually means 'grown-ups who think that those who love one another should be allowed to marry'.

Still, Orson Scott Card's official website isn't all self-serving platitude and sterile obligation. It has its moments of unconcious absurdity that serve to highlight his internet presence better than my ranting ever could.
Under the title 'Authors now working whose works I look forward to and buy instantly:' he lists Octavia Butler. She died in 2008.
Posted by James Worrad at 00:53